Though the main focus of the story is the daily lives of a small group of people during the post-war Soviet Union, the enduring importance of the film comes from its early science fiction elements. It primarily tells of a young man, Los (Russian: Лось, literally Moose), traveling to Mars in a rocket ship, where he leads a popular uprising against the ruling group of Elders, with the support of Queen Aelita who has fallen in love with him after watching him through a telescope. In its performances in the cinemas in Leningrad, Dmitri Shostakovich played on the piano the music he provided for the film.

Do not miss it! 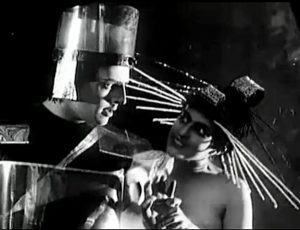